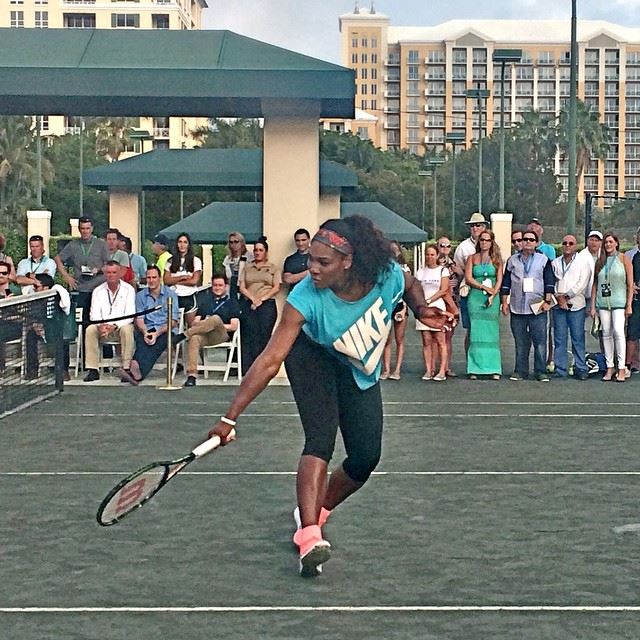 Sazoneros! It's my favorite time of the year when top tennis players from around the world take court and return to The Cliff Drysdale Tennis Center at The Ritz-Carlton Key Biscayne, Miami. On March 22nd, 24 amateur players will have the opportunity to test their skills in a Round Robin qualifying tournament in which the winners earn a chance to play against and alongside the top professionals. Led by Grand Slam legend and Hall of Famer Cliff Drysdale, this year's all-star lineup at The Ritz features:
The charity event will be held from 2 p.m. to 6 p.m. Guests will enjoy cocktails, passed hors d’oeuvres, exhibition matches with the top stars from 5 p.m. to 6 p.m., a pro Round Robin, a “King of the Court” challenge match pitting the pros against the amateur Round Robin winners and much more! All of the action is open to the public by reservation and is limited. Tickets may be purchased by visiting www.allstartennismiami.com or by calling Sue Lopez at The Cliff Drysdale Tennis Center at (305) 365-4297.
Tickets rates are as follows:
$95 per person provides spectators tickets to view the exhibitions, quaff champagne and nosh hors d’oeuvres while they watch all the action.
$750 per person provides entry to a Round Robin tournament, VIP seating, gift bag and court time and participation with Cliff Drysdale, Darren Cahill and top ATP players to qualify for two spots, giving local players the chance of a lifetime to play out points with the leading tennis pros.
$1,500 per person provides entry to a Round Robin tournament, guaranteed hitting time against and alongside the top pros, VIP seating, gift bag and group photo opportunity. If nothing less than a sure thing is your style, $5,000 provides one VIP All Access Pass including one player entry in the Round Robin tournament, 15 minutes of guaranteed playing time against and alongside the top pros, VIP courtside seating, gift bags and individual meet-and-greet photo opportunity.Proceeds from the sixth annual All-Star Charity Tennis Event will support First Serve Miami. Since 1974, over 50,000 youngsters have had the opportunity to learn tennis and valuable life skills by participating in free, affordable First Serve Miami programs. The programs establish a pathway from beginner through competitive levels and enrich young lives on and off the tennis courts. See you all on the courts and don't forget to check out this year's Sony Open which starts on March 21st!
Cliff Drysdale Cliff Drysdale Tennis Center First Serve Miami Key Biscayne Miami Charity Event Ritz Carlton Key Biscayne Serena Williams Sony Open 2016