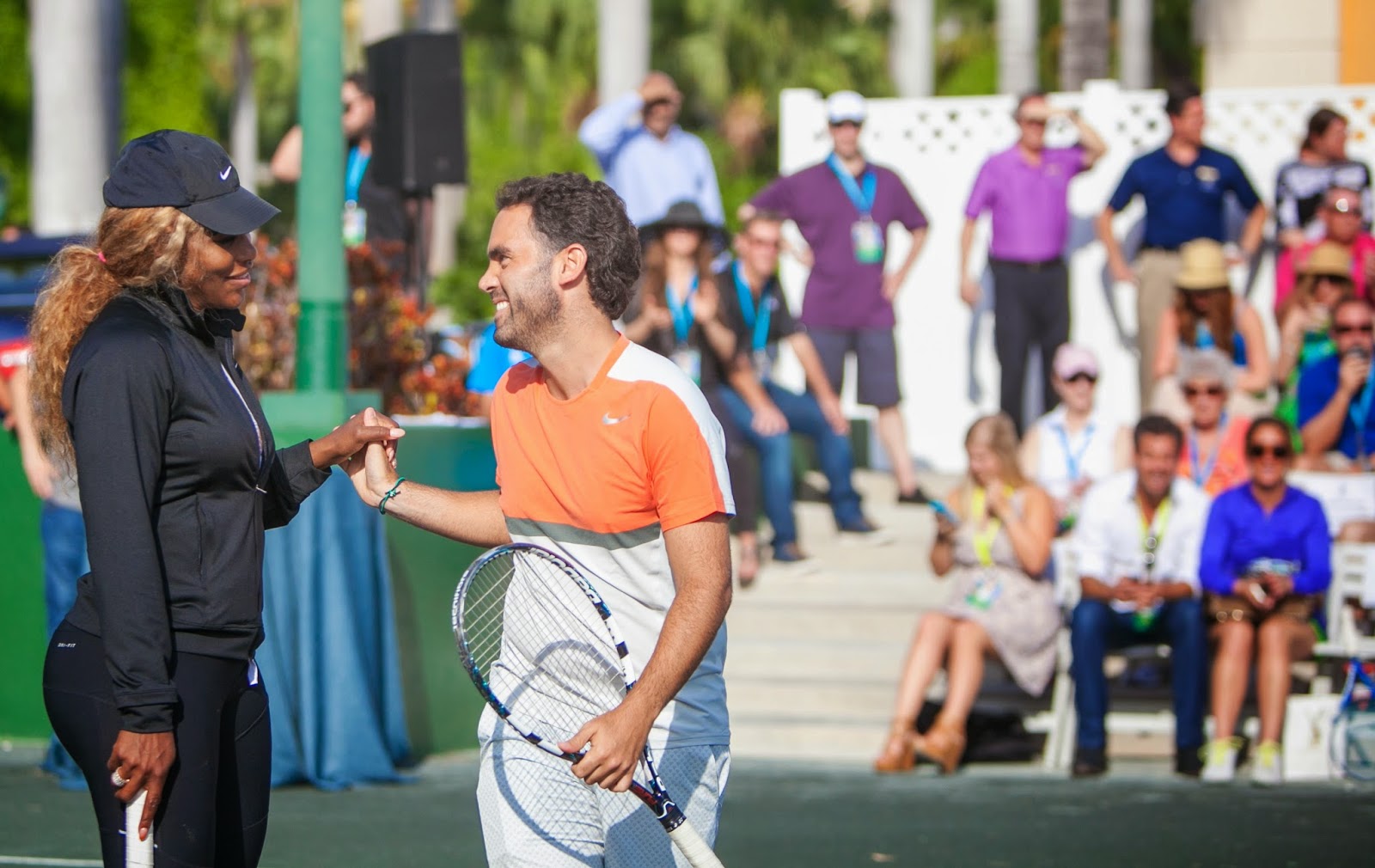 Sazoneros! It's that time of the year again when the world's greatest tennis stars will be landing in the magic city for their chance to win a new title. The 2014 Miami Open men’s and women’s champions will return to The Cliff Drysdale Tennis Center at The Ritz-Carlton Key Biscayne, Miami for the sixth consecutive year in an unprecedented, intimate gathering of the world’s top tennis players. On Tuesday, March 24th, the event will offer 24 amateur players the opportunity to test their skills in a Round Robin qualifying tournament in which the winners earn a chance to play against and alongside the top professionals. Led by Grand Slam legend and Hall of Famer Cliff Drysdale, along with Tennis Director Mark Chellas and ESPN tennis analyst Darren Cahill, who all share court time and commentary throughout the event and Round Robin, the all-star lineup features: Kei Nishikori: Ranked number five in the world is the only male Japanese tennis player ever to be ranked inside the top 10 in ATP singles ranking. Recently featured on the cover of the January issue of Time Magazine.
Serena Williams: Currently ranked number one single’s women player in the world and 17 time Grand Slam winner.
Chris Evert: Former number one singles player in the world and winner of 18 Grand Slams and three doubles titles.
Ana Ivanovic: Former number one singles player in the world and winner of the French Open. Marion Bartoli, Martina Hingis and Mary Joe Fernandez, along with Latin American pros Santiago Giraldo, Juan (Pico) Monaco and Feliciano Lopez will also play during the event at the Ritz-Carlton. The event runs from 2 p.m. to 6 p.m. and includes cocktails provided by Finlandia Vodka and Herradura Tequila, wine by Nuestro Tiempo Malbec, passed hors d’oeuvres, silent auction, exhibition matches with the top stars from 5 p.m. to 6 p.m., a pro Round Robin, a “King of the Court” challenge match pitting the pros against the amateur Round Robin winners and much more. The action is open to the public by reservation and is limited. Tickets may be purchased by calling The Cliff Drysdale Tennis Center at (305) 365-4300 or contacting Mark Chellas at Mark.Chellas@ritzcarlton.com. Proceeds from the sixth annual All-Star Charity Tennis Event will support TECHO. TECHO is a 501 (c) 3 youth-led non-profit organization that seeks to overturn poverty in disadvantaged areas of Latin America by linking volunteers with local community leaders to transform slums into empowered communities. See you guys there!!
2014 Sony Open Christ Evert Cliff Drysdale Cliff Drysdale Tennis Center Kei Nishikori Mark Chellas Ritz-Carlton Key Biscayne Serena Williams Techo