Singer & Songwriter, RIA, set to Launch her Debut Album at The Florida Room in Miami! 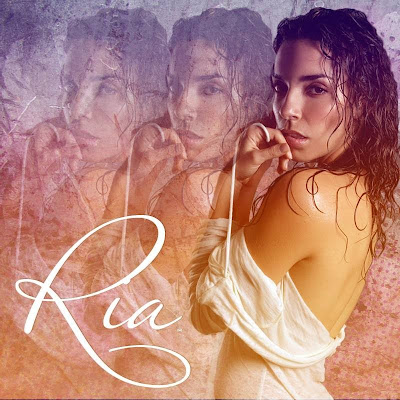 RIA, a Colombian born singer raised in Miami, is gearing up to release her first solo album as an independent artist this upcoming week. On Friday, November 12th, Miami movers and shakers are invited to attend RIA's Debut Album Release Party at The Florida Room (inside The Delano Hotel) from 10:30 pm till 4:00 am. As a graduate from the prestigious Berklee College of Music, RIA has performed for renowned artists like Melissa Etheridge during a graduation ceremony at Matthews Arena in Boston. Melissa was receiving her doctorate degree that day and RIA performed one of Etheridge’s classic songs in her honor. After the show, Melissa found RIA backstage and exclaimed “You rocked my world!” Talk about a compliment! Etheridge isn't the only Grammy winning artist to find herself captivated by RIA's powerhouse voice and charm! While studying at Berklee, RIA opened a show for jazz vocalist Dee Dee Bridgewater and sang lead vocals for salsa great Ruben Blades. 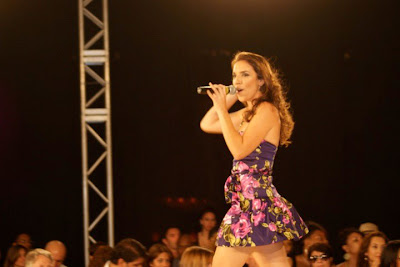 Don't miss your chance to watch this rising star in action! I'm personally looking forward to attending her LIVE performance on Friday. Oh, here's one more fun fact about RIA: This past September, she also performed and opened a side stage for John Mayer during the last stop of his Battle Studies Summer Tour 2010. For those who are curious about her sazon, RIA’s self titled independent debut album features a multi-faceted collection of tracks that range from soft pop to what she calls “R&B pop with an attitude and bluesy melodies,” dance pop and, drawing on her own cultural influences and her Miami background, Latin pop. Want to listen to her hot tracks? Go to http://www.riamusiconline.com/ before the big show! 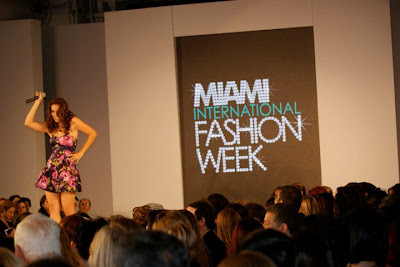 Top: RIA performing during Miami International Fashion Week. If you want to attend RIA's Album Release Party, check out her website to purchase "The Ultimate Fan Package" ($15 cost) which includes her debut album, a signed poster and a complimentary drink during the celebration at The Florida Room (1685 Collins Avenue, Miami Beach). To learn more about RIA, visit her Facebook Page or follow her on Twitter (@RIAmusiconline). See you at the show!!!