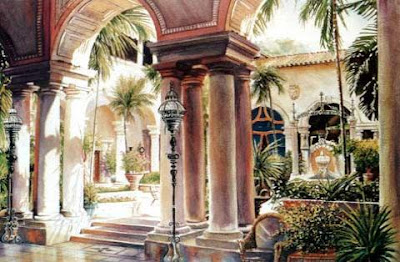 Forget going to the mall to watch a movie! Consider attending our city's most elegant historic landmark, Vizcaya Museum & Garden. Built by agricultural industrialist James Deering in 1916, Vizcaya Museum & Gardens features a main house, ten acres of formal gardens, and a vast area of native forest. Experience firsthand what it might have been like to be a guest of Mr. Deering’s and enjoy movie night in the house’s main Courtyard. This screening series features modern day films that have a cool connection to Vizcaya as well as historical silent films that Mr. Deering and his guests might have seen in their time. Guests can listen to live music (which will accompany the silent films) along with themed cocktails. Tickets cost $15, available on-site beginning at 6:00 p.m. on the evening of the film (films start at 7 p.m.). Here's the line-up of upcoming films: