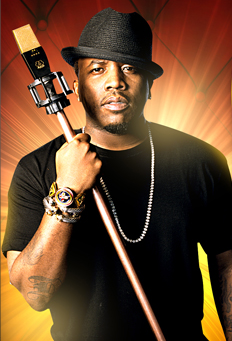 Before you kick off the weekend, make sure you read this post! On Wednesday, August 18th, dress your best and head out to SoBe Live to catch hip hop artist, Big Boi, performing in Miami. The event is part of HP's Summer Music Campaign to promote better sounding music. Big Boi will take the stage to perform tracks from his recently released debut album titled Sir Lucious Left Foot: The Son of Chico Dusty (Def Jam Recordings) along with Grammy-nominated OutKast classics. For the fans who don't live in Miami, MySpace Music will live-stream the 21+ show via USTREAM starting at 11 p.m. EST. The online transmission will provide you with stellar sound and picture quality. Free tickets for the event are available on a first-come, first-served basis at SoBe Live. Entry for the early event begins at 10 p.m. and the show starts at 11 p.m. (doors will close when venue reaches capacity). At the event, you can expect to see the new HP computers with integrated Beats Audio™ which will be on display for fans to use. Enjoy the concert!
Big Boi Def Jam Recordings Grammy Hip Hop HP HP's Summer Music Campaign MySpace Music OutKast Sir Lucious Left Foot The Son of Chico Dusty SoBe Live