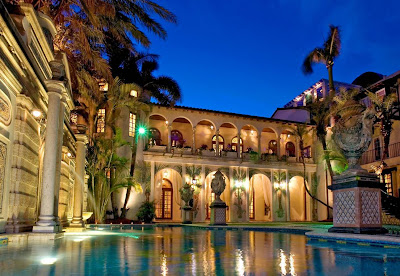 One of Miami's most iconic properties, Gianni Versace's former mansion, has been transformed and renovated by Barton G. Weiss. If this name rings a bell, it may be because Barton G. also owns two restaurants in Miami- Prelude by Barton G. at the Adrienne Arsht Center for the Performing Arts and Barton G. The Restaurant on South Beach. Barton's latest venture: The Villa by Barton G., a boutique luxury hotel he officially opened in March 2010. After a one million dollar renovation, the villa hotel now features 10 custom suites as well as the mansion's famous Thousand Mosaic Pool and Gardens. Did I mention they also have a restaurant, a rooftop lounge and a spa? Barton G. has truly combined his signature designs with Versace's over the top lifestyle to revive this Ocean Drive beauty. 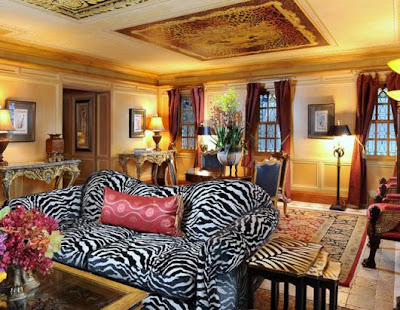 Above: The Signature Suite (view more suites). The late designer's one-time bedroom was converted into the Villa Suite. This room is for the ultra-fabulous who crave: a nine-foot double king-size bed, two balconies, seven closets and a custom oversized shower. SEVEN CLOSETS? Take that Carrie Bradshaw... 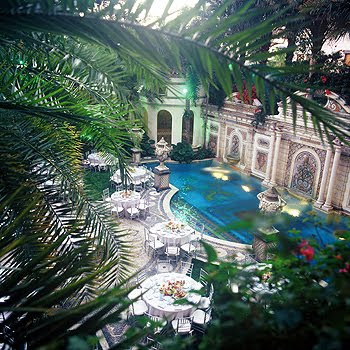 The Villa by Barton G. is definitely bringing Miami to a whole new level of elegance. This property was actually built in 1930 by architect, philanthropist and author Alden Freeman. Alden named the property Casa Casuarina as a homage to the oldest existing house in the western hemisphere, the "Alcazar de Colon" in the Dominican Republic. Overall, a very cool story I just had to share! 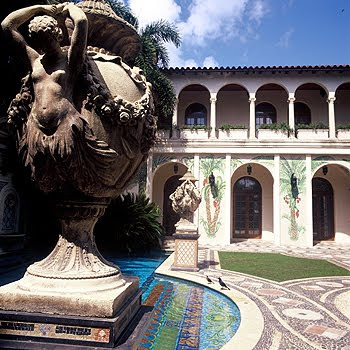 The rates per night start at $2,100 and the hotel is located at 1116 Ocean Drive. For more information on The Villa by Barton G., call 305-576-8003 or email info@thevillabybartong.com. Even if you do not stay at this hotel, it is comforting to know that Versace's mansion is in good hands and its essence will remain on Ocean Drive. Check out this video by Lilly Echeverria from the Miami Herald and meet Barton G. Weiss:
Adrienne Arsht Center Alden Freeman Barton G. The Restaurant Barton G. Weiss Casa Casuarina Gianni Versace Ocean Drive Prelude by Barton G. The Villa by Barton G. Versace Mansion