Cindi Lauper is coming to MIAMI in August! 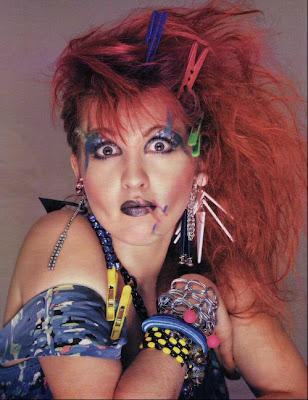 Is this picture of Cindi giving you flashbacks of the 80's? Awesome! If you were too young to purchase concert tickets back in the day, then here's your chance to watch Cindi Lauper LIVE in Miami! I'm sure Cindi's infamous song, "Girls just Want to Have Fun," is probably playing in your head right now. Make sure to save the date: Tuesday, August 3rd, 2010 at The Adrienne Arsht Center for the Performing Arts. Watch Cyndi Lauper as she performs songs from her album “Bring Ya To The Brink”. Lauper's success in the mid-1980s began with the release of her first album “She’s So Unusual.” After touring the world, she became the first female singer to have four top-five singles released from one album. Over the course of her career, Lauper has released 11 albums and over 40 singles while selling more than 25 million records worldwide. That's definitely impressive...girl power!!! Ticket prices for the concert start at $39.75. To purchase tickets online, visit www.arshtcenter.org. Who knows? Maybe Cindi's friends will come out to watch her show in Miami (fingers crossed for a Lady Gaga cameo). It might happen if we start a Facebook group... 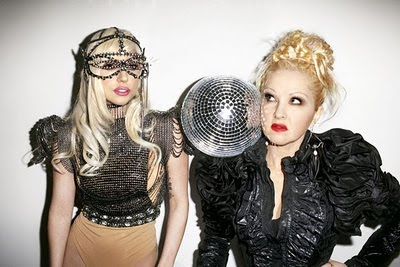 Disclaimer: Lady Gaga has not been confirmed to attend this concert. My previous statement (above this photo) was solely written out of wishful thinking. xo
80's Retro Cindi Lauper Cindi Lauper Live Concert Girls Just Want to Have Fun Lady Gaga She's so Unusual The Adrienne Arsht Center for the Performing Arts