New CD debuts to honor the life of Selena 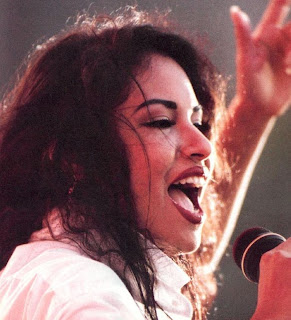 On Tuesday, March 9th, Selena Quintanilla's fans will be able to purchase a new CD box collection titled "La Leyenda" which features Selena's greatest hits. The Tejano superstar was tragically murdered March 31, 1995, in Corpus Christi, Texas by Yolanda Saldivar, the president of her fan club. Even though the 15th anniversary of her death is quickly approaching, Selena has maintained loyal fans (like myself) who continue to play her music and sing along to her infamous "Biri Biri Bam Bam" song. The CD box set includes an exclusive Selena charm and a book with personal messages from Selena’s family, friends and fans, as well as rare photos and art from her family’s collection. The CD box is divided as follows: Disc 1- Cumbias and Pop; Disc 2- Tejano and Rancheras; Disc 3- English Songs; Disc 4- Live Performances. This complete collection costs $99. If you're looking for an affordable version, then check out the 2 CD deluxe edition for $20 (30 tracks). Whether you grew up loving the sexy and charismatic 'Queen of Tejano' or you find yourself watching the Selena movie over and over again, this is a great way to commemorate the life and achievements of this 23 year old Latina icon. Viva la musica de Selena! xoxo 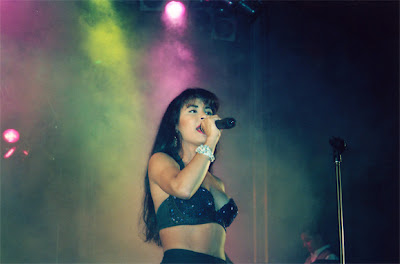 A trendsetter in her days, Selena liked to design her own clothes and was known for her snug pants and midriff-baring bustiers. Her fashion style earned her the nickname "the Mexican Madonna."
Corpus Christi La Leyenda Latina Icon Mexican Madonna Queen of Tejano Selena Quintanilla