MUST SEE: The Westar returns to Miami!

Speaking from experience, I highly recommend you check out TheWestar! Formerly known as Vic Kingsley, the band is playing in Miami after spending some months in Los Angeles, California. If you're looking for a breath of fresh air, then get acquainted with prolific songwriter, singer and guitarist Vic Garcia and award-winning engineer/producer & guitarist, Ethan Carlson. Both artists met during their college years at the University of Miami. After becoming friends, they quickly began playing the music scene circuit alongside the best bands in town. As Vic Kinsley, they produced a critically acclaimed independent release titled, "These Frequencies." Today, TheWestar is working on debuting their latest EP titled, "Turn On The Dark." To enjoy their melodic vibes, attend their live show on Thursday, March 4rth at Bardot (3456 North Miami Avenue; Design District). Admission is free and the performance begins at 10:30 p.m. For more information on these groove-based alternative rockers, visit www.thewestar.com. ROCK ON!!! 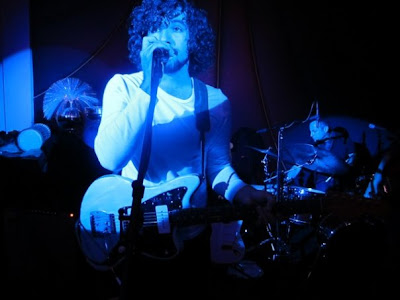