Dane Cook is making his debut in South Florida! 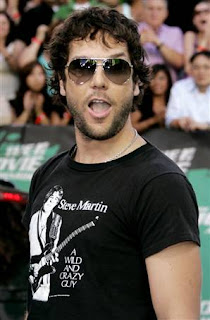 In the spirit of comedy, I wanted to share the fact that Dane Cook is making his first South Florida cameo at the Bank Atlantic Center during an exclusive show on Saturday, Feb. 6, 2010. He is my absolute favorite comedian because he's not only clever but he gives you the ultimate "guy-next-door" perspective on life! As an actor, Cook has appeared in various films since 1997 including Employee of the Month, Good Luck Chuck and My Best Friend's Girl. Cook was also named Rolling Stone Magazine's "Hot Comic" and he was the winner of Comedy Central's Standup Showdown. Last year, Time Magazine listed him as one of the world's “100 Most Influential People.” Whether you enjoy his crazy sound effects or his random anecdotes, the show will certainly provide you with an amazing AB WORKOUT!!! To purchase your tickets, visit http://www.ticketmaster.com/event/0D00432BDA3558E8. In the words of Martha Stewart: laughing is always "a good thing."
Bank Atlantic Center Comedy Central Dane Cook Rolling Stone Magazine Time Magazine